The stories of these ladies are all told by means of their bedroom, reminding us of their time in the castle. The bedroom, of course, being the most important place for a lady in those days! 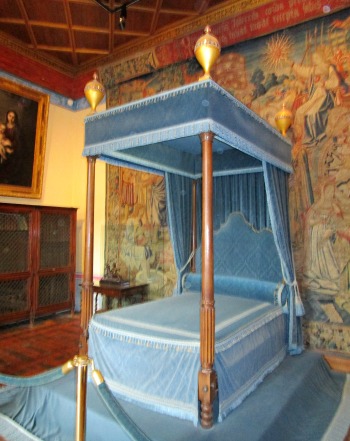 The first women that got hold of the palace was Diane de Poitiers. King Henry II of France gave the castle as a gift to his favourite mistress in 1547.
Diana left her mark at the chateau, as she is responsible for the bridge that spans the river Cher, that gives the Chateau it's original and romantic look.

Diane also ordered the design of the spectacular gardens, which were very modern in those days. If you arrive at the chateau the garden of Diane de Poitiers is on the left.

Inside the castle you can visit the bedroom of Diane de Poitiers, it's the blue velvet one.

One odd feature in this room is the painting of Catherina de Medici above the fireplace. She is looking down at the romantic posted bed, supposedly the one where Diane and King Henry slept. Since Catherine was Henry's wife, I don't think the painting was there in Diana's glory days! 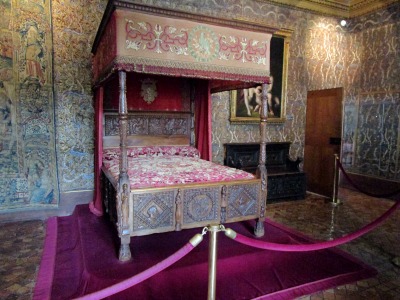 As soon as King Henry II died in 1559, his wife, Catherine de Medici, chased Diane out of the Chateau de Chenonceau. She made it her own favourite residence. From the green Cabinet, overlooking the river,  she ruled France as regent for her ten-year-old son King Charles IX.

Catherine's bedroom is full of beautiful Renaissance furniture. The walls are covered with priceless Flemish tapestry.

Catherine was responsible for the construction of the grand gallery, making the bridge over the river Cher into an extraordinary and one-of-a-kind ballroom. Many celebrations took place here, during the next 30 years of Catherine's life.

As Queen mother and regent Catherine ruled France for 30 years. She was the mother of three king's of France, must be some kind of record! A lot of her time she spends in Chenonceau, in the Green Cabinet overlooking the river.

She also designed her own gardens, which can be found on the right of the castle. 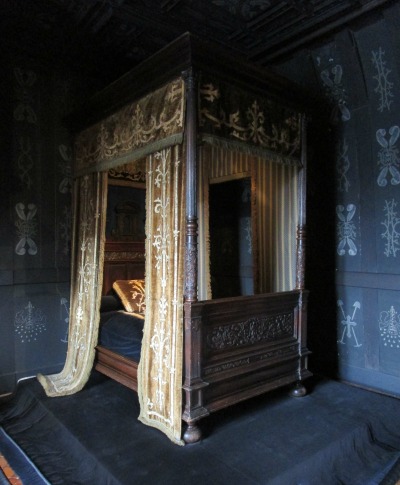 The next women to rule the chateau did not care much for the grand gallery and the gardens.

Queen Louise de Lorraine was the daughter-in-law of Catherine de Medici. After the death of Catherine she and her husband King Henry III inherited the palace in 1589.

Only 8 months later Louise's husband King Henry III was killed. He was 38 years old, Louise was 36.

Louise was devastated, despite the fact that King Henry III preferred men over her.
The now queen dowager spend the rest of her life mourning her dead husband. She only wore white, the official mourning colour of the French royals. She is therefore also known as 'the white queen'.

The bedroom that reminds us of her is a grim, dark one, decorated with skulls and crossbones. Other symbols of death that we see here are the white feathers symbols of grieve, and silver tears. The portrait of Henry III can be found in the little corner tower.

Upon request of Louise, Capuchin nuns now resided in the chateau. Parties were replaced by prayer and the palace was covered in silence until Louise finally moved to the monastery in Moulin. She died there eleven years after her husband's death. 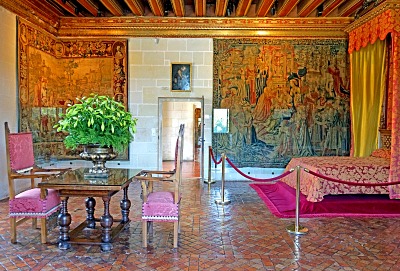 The last 'royal' female owner of the Chateau de Chenonceau was Gabrielle d'Estrées.

She was not a 'real' royal, but the favourite mistress of Henry IV of France. She was the mother of his legitimatized son César, Duke of Vendôme and had 3 other children with the king.

King Henry was married to Margaret of Valois, the daughter of Catherine de' Medici. When this marriage was annulled because they did not produce any heirs to the throne, Henry planned to marry Gabrielle, the love of his life. Unfortunately, she died on 10 April 1599, only a few days after the pope gave the king permission to separate from his wife.

Of course, rumours spread immediately that Gabrielle was poisoned.  The king's advisers objected to the marriage. The death of Gabrielle solved their problem quickly.

King Henry was devastated and gave Gabrielle a queen's funeral.

The bedroom is a reminder of Gabrielle, but she never actually lived at the Chateau de Chenonceau.

Another bedroom in the chateau is that of César, Duke of Vendôme, Gabrielle's firstborn son with the king.
He inherited the chateau not from his mother, but from Louise de Lorraine, the white queen.

The course of ownership in this era is a bit fussy.

Louise de Lorraine had inherited the chateau, together with the debts of Catherina de Medici. Catherine died in 1589 and left debts of an estimated $50 million in today's value.  Henry IV than bought the chateau from Louise, to avoid her being ruined by this legacy. He gave the chateau to his mistress Gabrielle.

César of Vendôme married Françoise de Lorraine, the niece of Louise of Lorraine (the white queen).

So whether he got ownership of the chateau via his mother or via his wife's aunt, fact is the castle remained in the family of the Dukes de Vendome for generations to come.

In 1720, The Duke of Bourbon bought the castle. The Bourbon kings abandoned the chateau and it never went back to its former glory during the time of the Kings of Valois. King Louis XIV paid his last visit to the chateau in 1650.

Bedroom of the five Queens 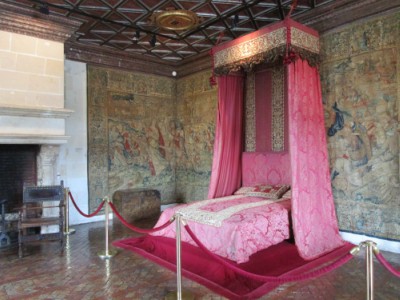 Chenonceau- Bedroom of the five Queens

The last bedroom that I will discuss is the bedroom of the five queens. This room is a reminder of the two daughters and three daughters-in-law of Catherina the Medici. They all made it to Queen!

Last but not least, Catherine's eldest daughter married the king of Spain Philip II, making her Queen of Spain.

As you can see, Catherine de Medici succeeded very well in marrying off her children and keeping herself in the centre of power. If she really used sorcery to get this far, who will tell? 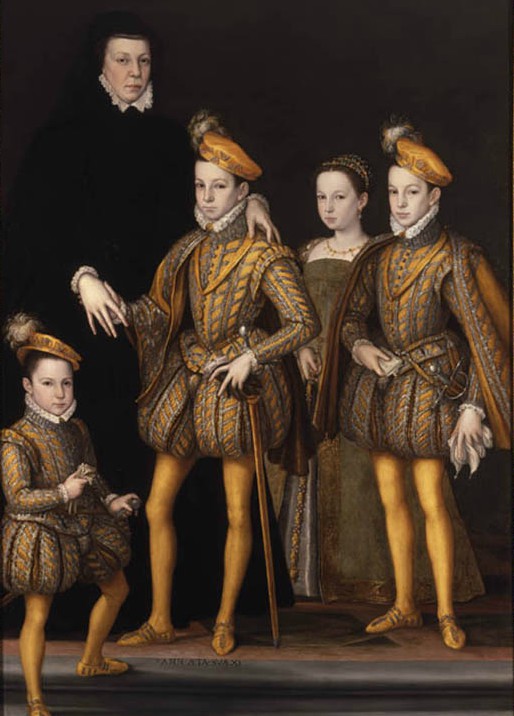 Chateau de Chenonceau is one of the most popular palaces in the Loire Valley, so plan your visit well, or the palace will be crowded with tourists. Try to get there early!

You can go by car, as there is a big parking lot. Prices and opening hours can be found on the official website.

There are several options to visit the chateau as a part of a Loire Valley castle tour from Paris.