the Largest Castles in Europe

What are the largest castles in Europe? Many claim the title, so which one is it?

Of course, it depends on how and what you measure. Most of these castles constitute of several structures occupying vast areas of land. Within their walls are palaces, churches, gardens and towers which make up a complex that is called a castle. Their military significance, or at least their defensive structure,  is what distinguishes them from palaces.  Even if the fortification served no purpose anymore towards the end of the middle ages, you still recognise a castle when you see one emerging on a hilltop.

What is the largest castles in Europe? If you check the websites of the Castles, quite a few claim the title. There is room for debate. Luckily I am no juror. Take it from me, these castles are contenders to the title. 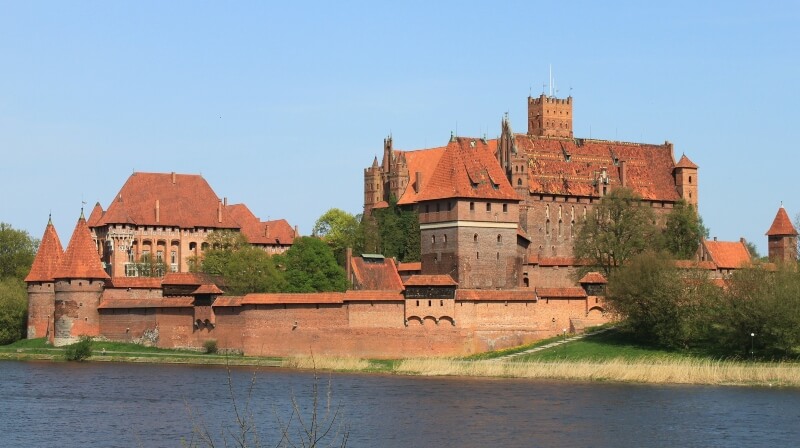 This impressive castle complex was not built for royals or aristocrats.
The Teutonic Order, a Catholic religious order founded c. 1192 during the  Crusades, moved their headquarters to Marienburg (Malbork) in 1309. They started building their castle, using 4,5 million bricks, resulting in the largest brick structure ever built with human hands.

The castle remained the seat of the Grand-Master until 1457 when King Casimir IV Jagiellon seized the castle. He turned it into a residence of the Polish kings for the next 300 years.

It had various functions after that, facing neglect and demolition. Luckily the unique style of the castle was recognised at last and restorations took place in the 19th and early 20th centuries. Today Malbork Castle is on the UNESCO World Heritage List as "the most complete and elaborate example of a Gothic brick-built castle complex in the characteristic and unique style of the Teutonic Order."

According to the Guinness Book of World Records, "Prague Castle, is the largest coherent castle complex in the world, with an area of almost 70,000 m²". Build in the 9th century the fort was turned into a royal palace by King Ottokar II of Bohemia in the 13th century.  The complex holds 4 palaces and 4 churches amongst various other buildings, towers, walls and gardens.

Nowadays the official office of the President of the Czech Republic houses here. In a hidden room somewhere else in the castle, the Bohemian Crown Jewels are stored. They are a reminder of the old Bohemian Dynasty that once ruled these grounds.

The facade alone measures half a kilometre, so be sure to wear your walking shoes, or take a virtual tour instead! 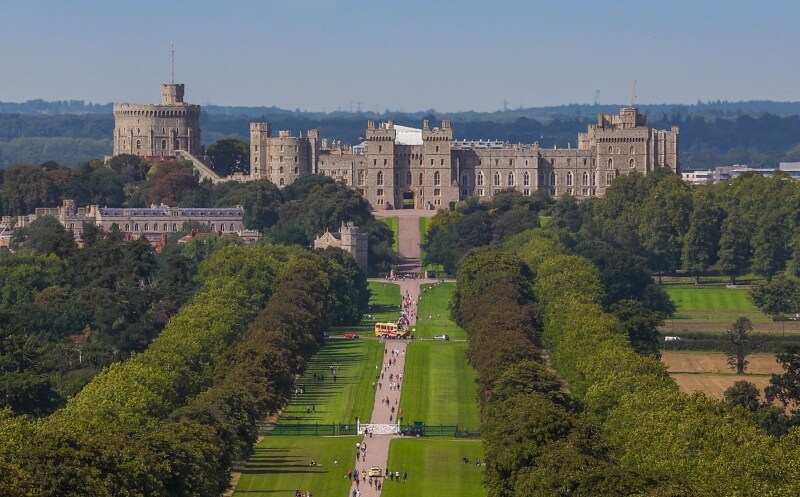 The largest European castle in Europe that is still occupied by a monarch is Windsor castle.

Build in the 11th century by William the Conqueror, 900 years later the current Queen Elizabeth II still spends her weekends here. With 39 monarchs calling it home, it is the longest-occupied palace in Europe.

The castle is open for visitors, even when the Queen is there. The Changing of the Guard occurs every day when she is there.

This hilltop fortress was initially built in 1077 by Archbishop Gebhard I of Helfenstein.
Through the centuries other Archbishops expanded and transformed the sight into what we see today. The Bishops needed constant protection from enemies.

It must have been intimidating enough. The fortress has been under siege only once in 1525. Already around 1504 a private cable railway was build to transport goods up to the castle hill.
Today you can take the modern funicular railway that opened in 1892. 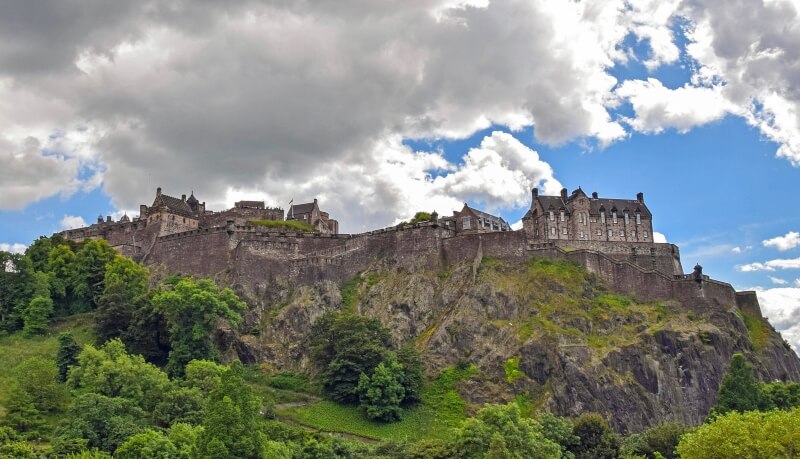 The 900 years old Edinburgh Castle was first used by the first king of Scotland, Malcolm III Canmore . He reigned from 1058–93). King Charles I was the last monarch to stay overnight in 1633. Charles I was the king of Great Britain and Ireland. During its existence the castle played a major role in the Wars of Scottish Independence, both ending in the independence of Scotland.

In the Crown Room, you can see the iconic Stone of Destiny, which was used to inaugurate monarchs. Also the Crown jewels 'The Honours of Scotland' are on display.

In the Royal palace, you can visit the bedroom where Mary Queen of Scots gave birth to James VI in 1566. James became king of Scotland at 13 months old. He is the one who united the crowns of Scotland and England in 1603.

On their website, it says this is the largest castle of Europe. Bit of an exaggeration looking at this list above. Yet, it still is a huge fortress, seven stories high and 7 meters thick walls. Building started in 1424, so you can see 5 centuries of architecture.

In 1803 Napoleon grabbed most of the art and furniture form the castle for his private collection, leaving the place empty. In 1962 the city of Sedan bought the castle for a symbolic franc. With a referendum they decided the faith of the castle: with only one vote difference (!) the city council decided not to demolish it...

Today the castle contains a hotel and a museum where events and festivals turn the clock back to medieval times.