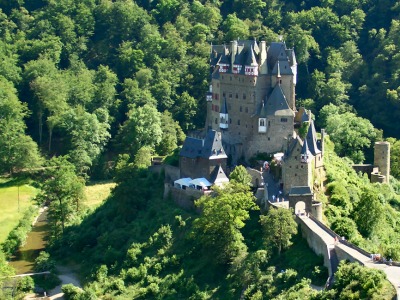 Another German fairy-tale Castle is is Eltz Castle (Burg Eltz), perhaps more beautiful and certainly more authentic than Neuschwanstein,
Unlike Neuschwannstein, which is built in the 19th century and never has actually been used, this castle was already inhabited by the counts of Eltz since 1157.

Still the Eltz Castle in the possession of a descendant of this family, Dr Karl, count von und zu Eltz-Kempenich genannt Faust zum Stromberg. He is the thirty-third generation! 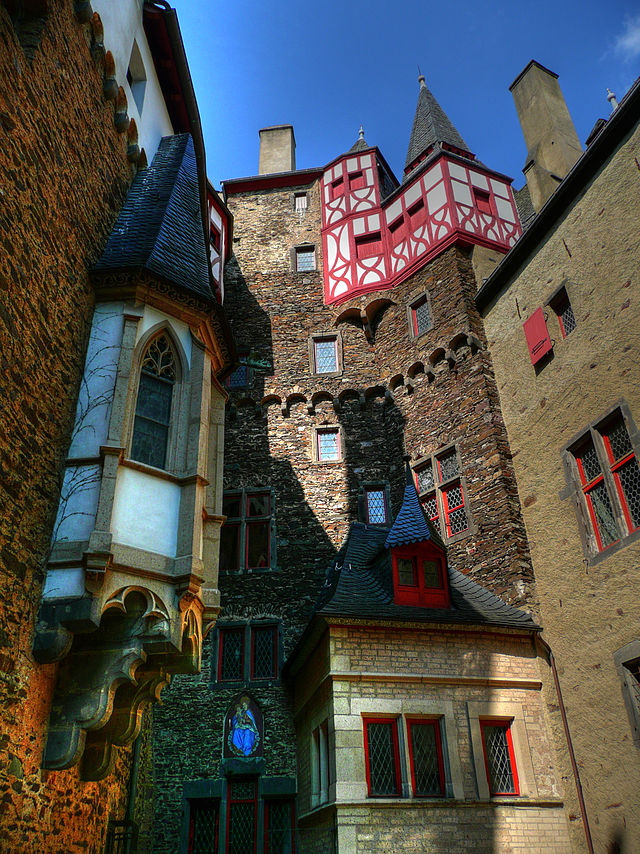 Already in the 4th generation Burg Eltz and associated assets was divided by the 3 brothers Elias, Wilhelm and Theodorich of Eltz. The law on inheritance back then dictated that the inheritance was divided equally between all the sons (daughters inherited nothing of course).

To prevent this would lead to major problems, a contract was written, the so-called “urgfriedensbriefe" (castle peace deeds), a protocol in which the rights and obligations of the various inhabitants of the Castle were laid down.

So they  lived in a community with common responsibility for the security of the Castle, but with different households. This explains the complicated construction of the Castle. Each branch of the family built a private residential tower and each new generation added a new wing or building to it. The current Eltz Castle contains of eight residential towers with pointed towers, built around the inner square. 500 years of building resulted in this romantic castle where both medieval Romanesque and renaissance-style buildings can be seen.

Eventually 2 of the 3 branches of the family died out, so the Castle is now owned by one family once more. 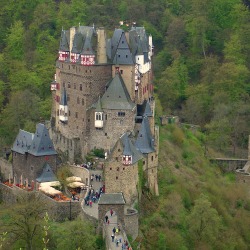 Castle Eltz is build on top of  a 70 metre high rock and is completely enclosed by the Elzbach River. This River was once an important trade route between the Moselle and Eifel, and Burg Eltz’s function was the levying of toll on this route. Because the Castle served as a toll House and living Castle, and not as a defensive Castle of the area, it has endured the ages fairly intact.

Louis XIV also left it unchanged when he demolished almost all other castles in the Rhineland was in the 17th century for security reasons. Probably he could stand the idea of breaking down such a romantic castle and, probably more important, it formed no threat to him.

You can reach the castle from different places. You can walk about 45 minutes along the Elzbach, starting from the village of Moselkern. You can walk down the hill from Munstermaifeld and Wierschem so  you can see the Castle lie beautiful on the rock plateau  from above. All information about walking and hiking routes near to the Castle, and other information can be found on the website of the Castle.

The castle can only be visited with a guide. During the tour of the Castle and the houses you will see the highlights, including the weapon collection, tapestries from the 16th century, a number of works by old masters, precious Chinese porcelain, beautiful furniture and beautiful stained-glass Windows. Also visit the Treasury is of course at. For more information, please visit the website. 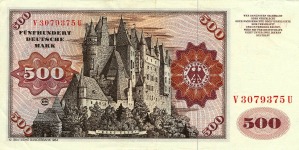 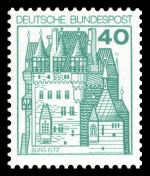 Plan your visit to Eltz Castle 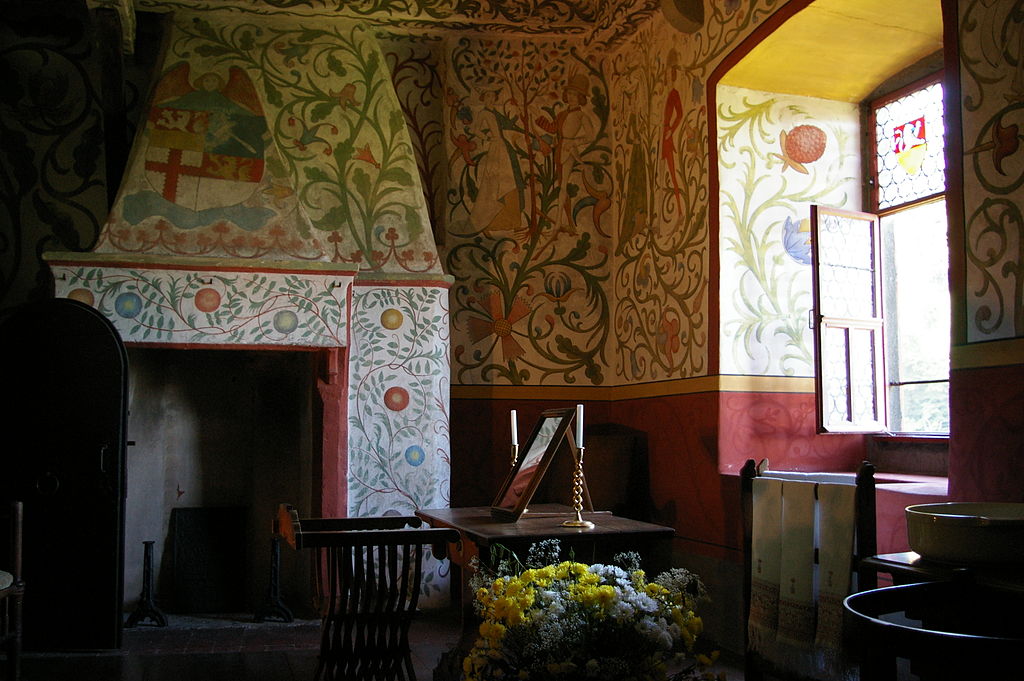 Some half a million tourists visit the Castle each year. The current owner uses the revenue from the tourists to pay for the expensive maintenance of the castle. Parts of the Castle and buildings are open for visitors including the Haus Rubenbach.

The castle owners makes an effort to make sure that all these visitors do not affect the authenticity of the Castle. You can only visit the interior with a guided tour. The parking lot is at least a 20-minute walk away, so no modern trafic spoils the surroundings of the castle .

In the Treasury you can see artifacts of gold and silver, ivory and porcelain and some rare historical weapons. The objects and interiors are from the 12th up to the 19th century and give a good overview of living culture of the nobility over the centuries.

Adult ticket for the guided tour and the Treasury € 10.00

From central Frankfurt it takes 1.5 hours to get to Eltz Castle. You will drive along the beautiful river Moselle and Rhine valleys. A professional guide will take you explore the armory room, kitchens and bedrooms while learning about the 12th-century castle.

On the way back to Frankfurt you will have dinner at a riverside restaurant in the scenic Rhine River valley. Not many people know about this castle, so it's usually not a crowded tour!

Click here for Eurail  where you can find Train Tickets and Schedules and also Rail passes which allows you to travel across 1 to 30 countries accros  Europe.

If you are looking for a hotel near Eltz Castle, here are some suggestions.

Back to German Palaces