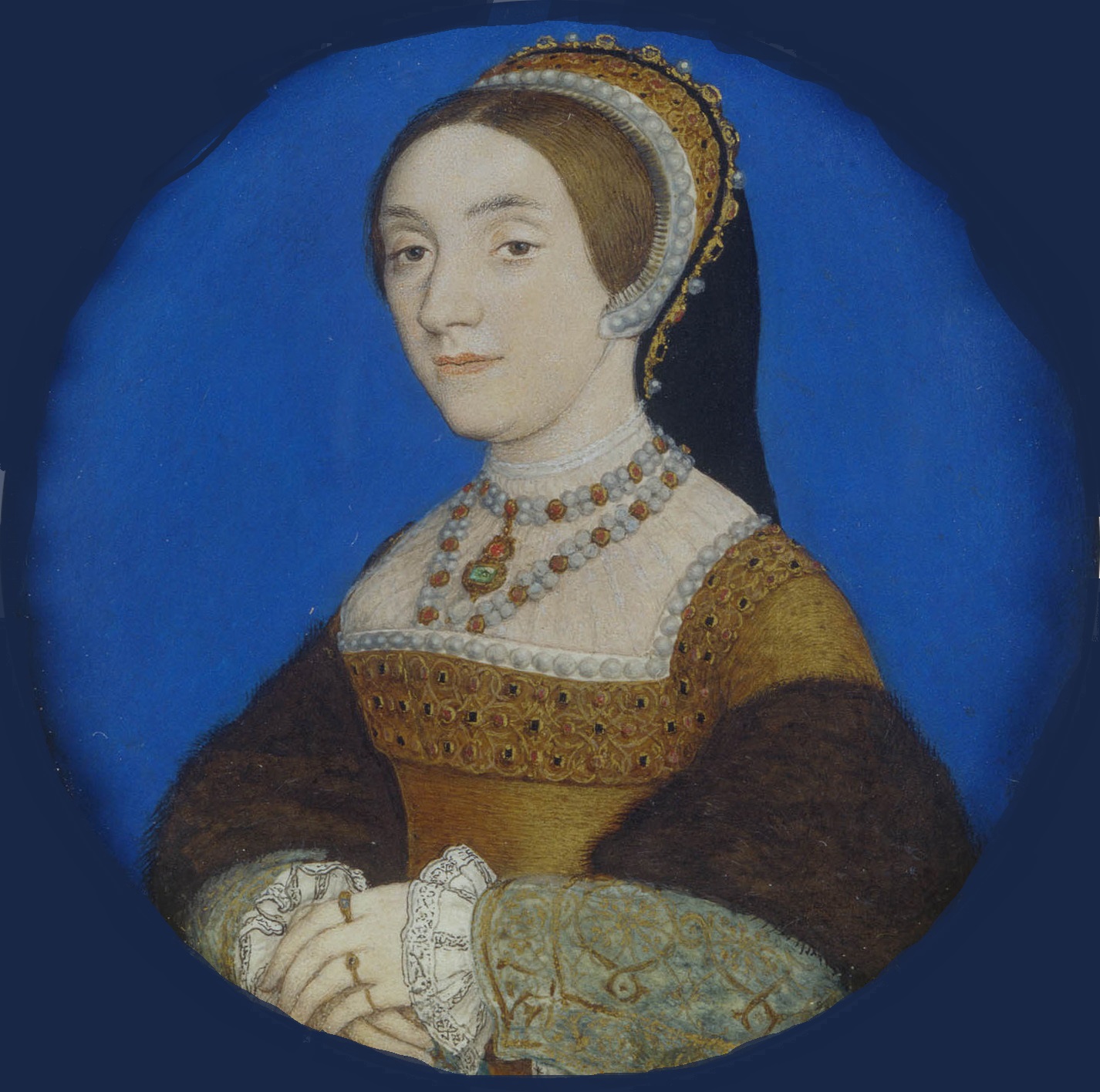 Catherine Howard -Portrait by Hans Holbein the Younger circa 1540

Catherine Howard was Queen of England from 1540 until 1541 as the 5th wife of the illustrious king Henry VIII. She is well known as the second of his wives that was beheaded.

She was accused of adultery, like Anne Boleyn, and of having had a love life before her marriage, like Catherine of Aragon.

Was she this manipulative cheating women that she is known for? Or was she just a puppet on a string, used by her power-hungry uncle. The same uncle that had cost Anne Boleyn her head?

Here is a list of things that you may not have heard about Catherine Howard.

Catherine was a teenager when she married Henry VIII, and not even 19 when she was executed 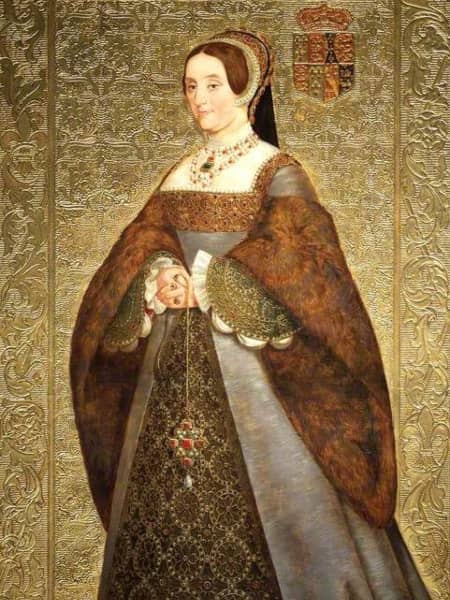 It is not quite clear when Catherine was born, but it was probably sometime between 1523 and 1524. This means she was about 16 years old when she caught the king's eye. He was 49 years old at the time (and weight around 300 pounds!).

Catherine Howard might have been a victim of sexual abuse

As a young girl, Catherine was sent to her father's stepmother, the Dowager Duchess of Norfolk. As was common practice in those days the Duchess had a lot of young family members in her care. Especially from those aristocratic families who were not very wealthy. This way these kids got a bit of an education which you needed to get a decent spouse in the future.

Only 12 years old, Catherine got involved with her music teacher, Henry Mannox, and he tried to seduce her. When the Duchess caught them in an embrace, she struck Catherine and blamed her. Mannox, was much older, an adult of 36 who was her teacher. Did she consent in his avenges, or did he just molest her?

After the incident with the teacher Catherine was locked to the maidens’ chamber’ at night. Several girls slept in this room. Whenever the Duchess left, the girls were visited by various gentlemen of the household. Somehow they got hold of the key. The girls and guys had very pleasant gatherings. The men would bring food and drinks and they all fooled around. In this period the relationship with Francis Dereham started. Catherine was around 15 years old, and Francis was in his 30ties.

Although an age difference was more common in these days, I can’t help wondering if Frances did not just take advantage of a young ignorant girl.

The fling with Francis came to light when Mannox suggested to the Duchess to have a peek in the girls’ room sometime after lights-out.  She might not like what she would find.

Did he tell her out of concern for the young girls? Or was this a childish act out of spite that Catherine had found another admirer? Results were that Dereham was sent away, and Catherine was sent to court, trying to forget her childhood lover.

Catherine was maid-of-honour to her predecessor Anne of Cleves

Catherine Howard was selected to be a maid-of-honour to Anne of Cleves, the third wife of Henry VIII. This was no coincidence. Catherine’s uncle Thomas Howard, 3rd Duke of Norfolk, had pulled this of before with another niece of him, Anne Boleyn. He dangled his beautiful nieces before the king, to get on his good side. 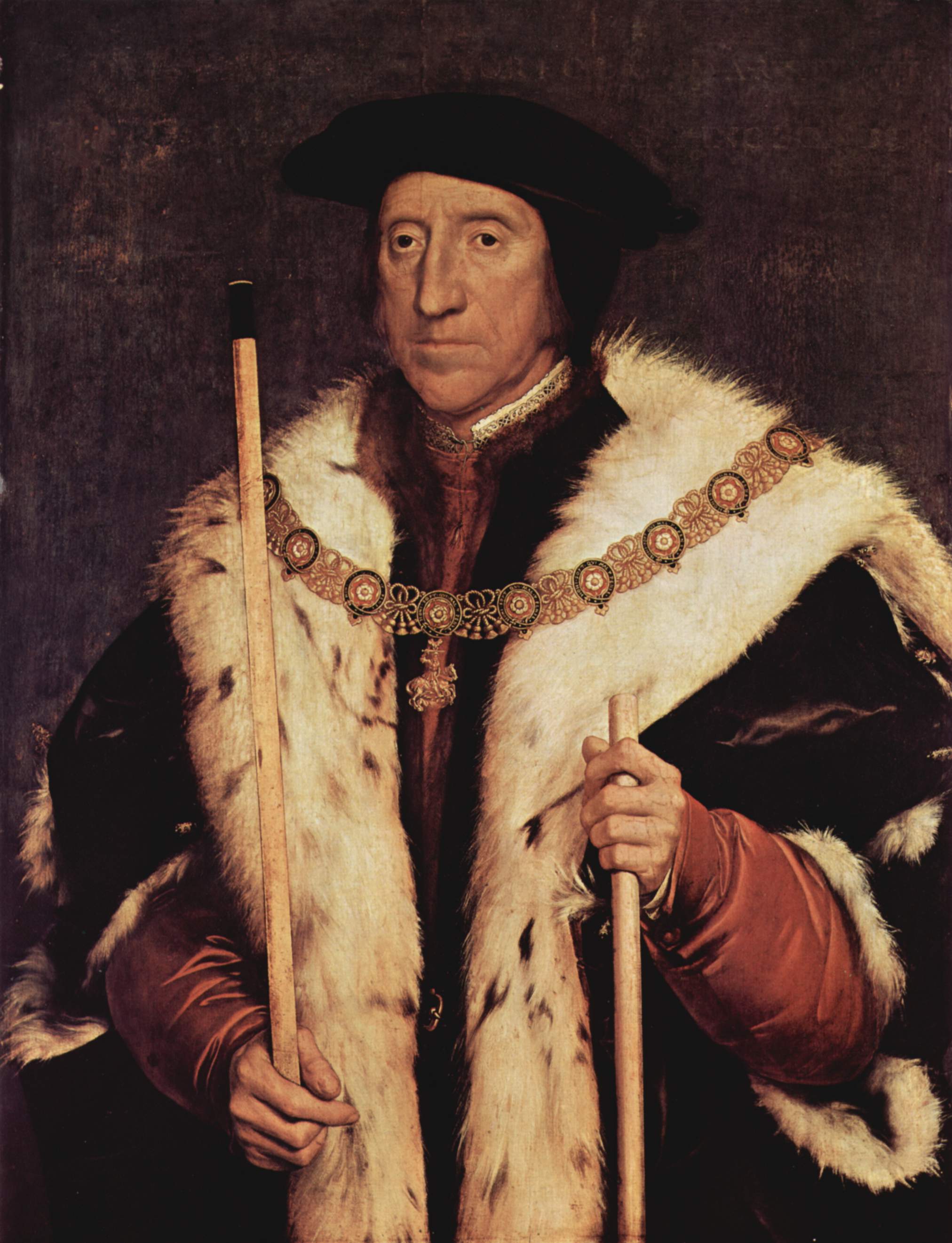 When his niece became close to the Queen and eventually the king he would and the Howard get more influence. He succeeded a second time; The king fell head over heels for Catherine Howard. Such a pretty, joyful young girl, he cannot resist. Especially since he was not at all attracted to his newest wife and could not even get himself to sleep with her.

The marriage of Henry and Anne of Cleves only lasted for six months. This was enough time for Henry to fall for the charms of Catherine. Henry had his marriage with Anne annulled. Henry and Catherine married 3 weeks later on 28 July 1540.

Henry adored his new bride, covering here with clothes and jewelry. That is all she seems to be interested in, wearing a new outfit every day, and not talking politics, that is just what the king needs!

The king and the Howard clan are looking anxiously for any signs of pregnancy, which would make it all perfect.

The story ends just as tragically as the first time, the bride beheaded, and a whole lot of Howards imprisoned including the old Dowager Duchess. Somehow The Duke of Norfolk himself got away with it and stayed in the Kings's service for many years. He finally fell out of grace in 1546, but that is a whole different story...

Catherine Howard was probably a victim of blackmail 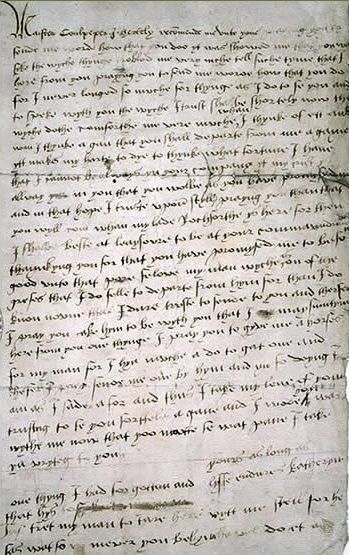 There are several odd things that make you wonder if Catherine was really ignorant, or if she was forced to take the dangerous and stupid actions that she did.

In August 1541 Catherine gave Francis Dereham, her former lover, the position of private secretary and usher to the Queen's Chamber. Catherine must have known it was dangerous to have him so close. Was this probably a way to keep him silent about their past? She must have thought it to be better to keep her enemies close...

It is also thought that her relationship with Thomas Culpepper was solely based on the knowledge Culpepper had on her past. She had to keep him quiet too as she  would have done anything to keep her past hidden from the king.

Another theory is also worth mentioning; it was to the utmost importance for the Howard family that Catherine got pregnant. This way they could secure their positions close to the King, they knew from experience that this could change overnight. The lady in waiting that arranged the meeting between Catherine and Thomas Culpepper was no one less than Jane Boleyn. Jane was the widow of Anne Boleyn's brother and therefor also part of the Howard clan. As the rumor that the King was infertile spread, the Howards needed to take matters into their own hands. Who would mind if the new born prince had the looks of Catherine and Thomas?

Domumentary on the Six Wives of Henry VIII on Prime Video

The official reason for the downfall of Catherine was not just her relationship with Culpepper. Equally important was the fact that she had have love affairs before she married King Henry. Three of these 'gentlemen' who were much older than the girl, were arrested and tortured by Archbishop Thomas Cranmer in 1541.

Henry Mannock, her music teacher was released. Francis Dereham confessed and named Thomas Culpeper with whom Catherine allegedly continued here affaire even after her marriage.
Frances was hung, drawn and quartered before they chopped his head of. Thomas Culpepper was spared all this and was ‘only’ beheaded in 1541. The Kings had always been very found of Thomas, so he cut him some slack!

The heads of both men were then displayed on pikes on the London Bridge, where they stayed until 1547.

When Catherine was imprisoned and brought to the tower of London she passed the bridge and must have seen these heads hanging there.

Catherine was imprisoned in the new Syon Abbey in Middlesex. Jane Boleyn was locked away together with her. Catherine was not tortured like her alleged lovers, but she did confess to the affairs that she was accused of. There was no trial, instead the house of Parliament passed an act  that said that Catherine was guilty of treason and should be executed. On 10 February 1542, Catharine was taken to the Tower of London, where she heard that her execution ws planned on Monday 13 February 1542.

The night before her execution, she asked for a block to be brought to her cell. She  wanted to practice the laying of her head upon the block in order to do it properly.

The sister of Catherine's father, Elizabeth Howard, was the mother of Anne Boleyn.

This means that they were first cousins. Catherine's stepdaughter Elizabeth (the later Queen Elizabeth I), was her first cousin once removed.

After Catherine Howard was beheaded on the Tower green, she was buried in an unmarked grave in the chapel of St. Peter ad Vincula. This chapel stands within the walls of the tower complex.

Many people who were executed in the sixteenth century were buried here, including Catherine's cousins Anne and George Boleyn. Jane Boleyn, George's wife was executed on the same day as Catherine and was buried in the same chapel as Catherine, het husband and Anne Boleyn.