Queen of England and first wife of Henry VIII 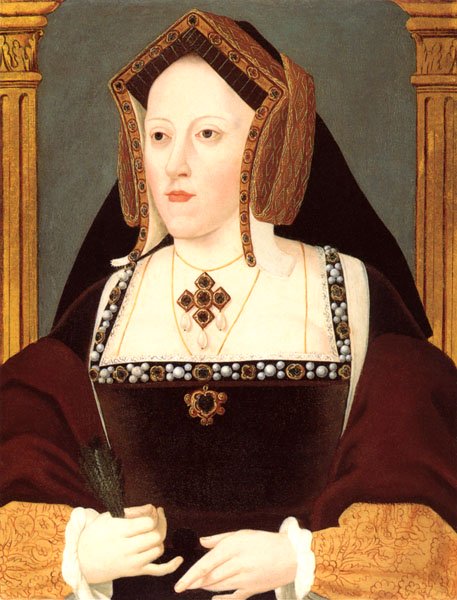 You can read the story of Catherine in two books by bestselling historical writer Philippa Gregory; The Constant Princess and The King’s Curse.

Or you watch The Spanish Princess, a  historical drama series based on these books.

Catherine of Aragon is born as the Spanish princess Catalina on 16 December 1485 in the Archbishop’s Palace of Alcalá de Henares in Spain. Her parents are Isabella I of Castile and Ferdinand II of Aragon.

Like all daughters of royals, her main duty was to get a good marriage. Her parents did not waste any time, and little 3-year-old Catalina was betrothed to Arthur, Prince of Wales. He is heir to the throne of England and 2 years old at the time.

Luckily for the young couple, the marriage only took place some 8 years later, when the kids were 12 and 13 years old. Until then Catherine spends her child hood Seville and the Alhambra Palace in Granada

Arthur and Catherine lived at Ludlow castle after their marriage. Only 5 Months later, Arthur dies of an unknown disease. Catherine of Aragon is a widow of only 13 years old.

Both her parents and parents-in-law are keen on keeping the relationship between Spain and England (against France) intact. Catherine cannot wait to mention that the marriage with Arthur was not consummated (which is likely given their age).

This gives the pope a reason to annul the wedding altogether and cleared the way for Catherine to marry Arthurs brother, Henry.

Henry VIII ascends the throne on 22 April 1509 and marries Catherine on 11 June. Now she finally is  the Queen of England! She is 23 years old.

Being married to your first husband's brother must be a bit awkward, more so given the fact that Catharine was six years older than her 17-year-old King. But the years went by and the couple seemed pretty happy with each other.

Catherine got pregnant at least 7 times over the next 20 years. Six times it went wrong; she had miscarriages,  some children were stillborn and some died after only a few days.

Their first son, Henry, Duke of Cornwall, was born on 1 January 1511. He survived for 52 days. The only child to survive into adulthood was Mary (the later Queen Mary I), who was born in 1516.

Maria Doyle Kennedy acting as Catherine of Aragon in 'The Tudors',  a historical fiction television series.  The series evolve mainly around the reign of King Henry VIII.

As this must have been devastating for Catherine, the lack of children also began to worry King Henry. He needed an heir to the throne of England, and his wife was now almost passed her childbearing years!

He needed a way out, and around the same time, Anne Boleyn caught his eye.
Anne did not want to become his mistress; she was determined to become queen.

Now Henry had two reasons to get rid of Catherine. He needs a son and he needs to marry Anne in order to get her into his bed.  A divorce would fix both problems at the same time!

As Catholics, divorce was out of the question. Henry made up a plot to get his marriage with Catherine annulled by the pope. Claiming that his marriage with the widow of his brother was wrong in the eyes of God, he appealed for an annulment. He did that on the ground that the annulment of Catherine's first marriage had been allocated without justification!

The pope did not agree and was not willing to cooperate. It took Henry almost 6 years to get his way and get rid of Catherine of Aragon. Catherine faced a lot of humiliating and painful years, where she was intimately questioned about her sex life with Arthur and Henry. She never gave in, insisting that her first marriage was not consummated and therefore she was the legal wife of Henry VIII and the rightful Queen of England.

Catherine of Aragon is banned from the English Court

In the end, Henry took drastic measures. He broke with the Pope and the Catholic church and made himself head of the Church of England. This way he did not have to wait for the papal approval any longer.

Catherine was banned from the court in 1533. She was no longer allowed to see her daughter Princess Mary until her death, only 3 years later.

Henry allowed her to use the title Dowager Princess of Wales, referring to her widowed status after the death of Prince Arthur. But Catherine reluctantly kept calling herself Queen of England, and her staff also addressed her that way.

She spent the last years of her life in exile in a single room at Kimbolton Castle. She left the room only to go to mass, spending her time praying and fasting. Henry offered her better accommodations if she was to acknowledge the fact that Anne was the new Queen, but she denied. 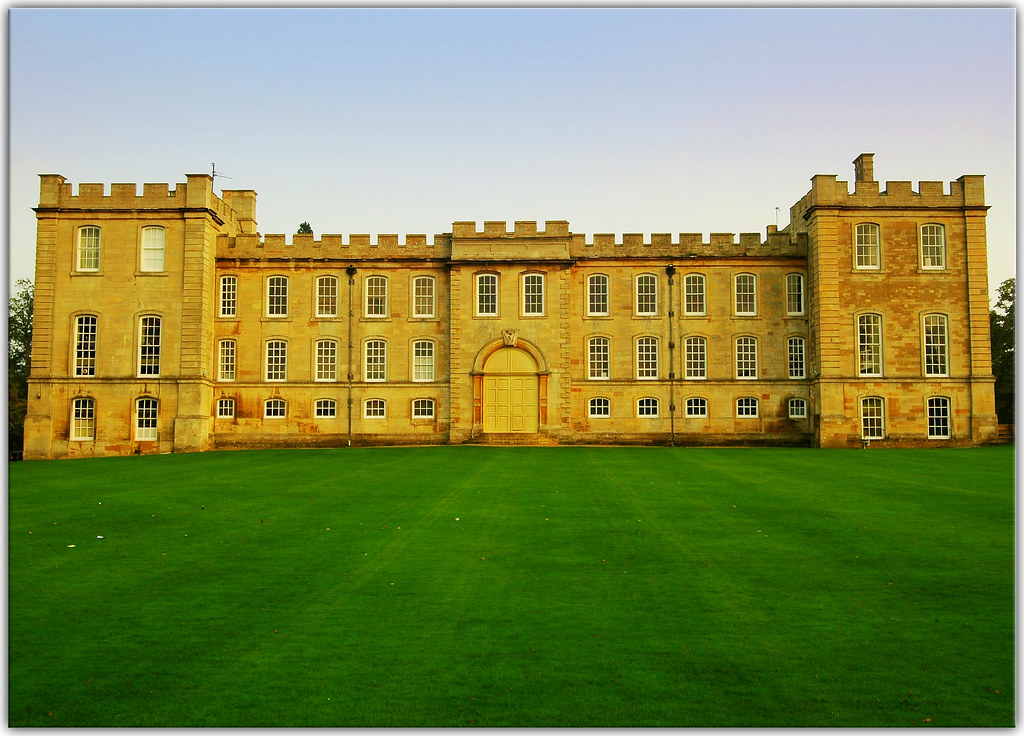 Catherine of Aragon died at the age of 50, probably from cancer, although that disease was not known by then and rumours of poison were going around.

She was buried in the Peterborough Cathedral, with all the egards that suited a Dowager Princess of Wales...
She will be pleased to see that her tomb reads 'Katharine Queen of England' nowadays!  King Henry did not attend the funeral, and he did not permit their daughter Mary to attend.

Traces of Catherine of Aragon

The palace were Catherine was born is the Palace of Alcalá de Henares in Spain.

It was severely damaged by a fire in 1939. You can take a virual tour thgrough a reconstruction of the palace!

The Alhambra and Nasrid Palaces in Granada are open to the public. It is Spain’s most-visited monument, so be sure that you are prepared for your visit. Buy your tickets online to avoid spending the day standing in line. It would be a waste of time as there is so much to see!

If you are not able travel to Granada in Spain you can visit the Alhambra online on Google Arts & Culture!

Ludlow castle is nowadays privately owned and open to the public. Though it is mainly a ruin you can rent self catering appartments in the Castle House, with names like: 'The Prince Arthur & Catherine of Aragon'! 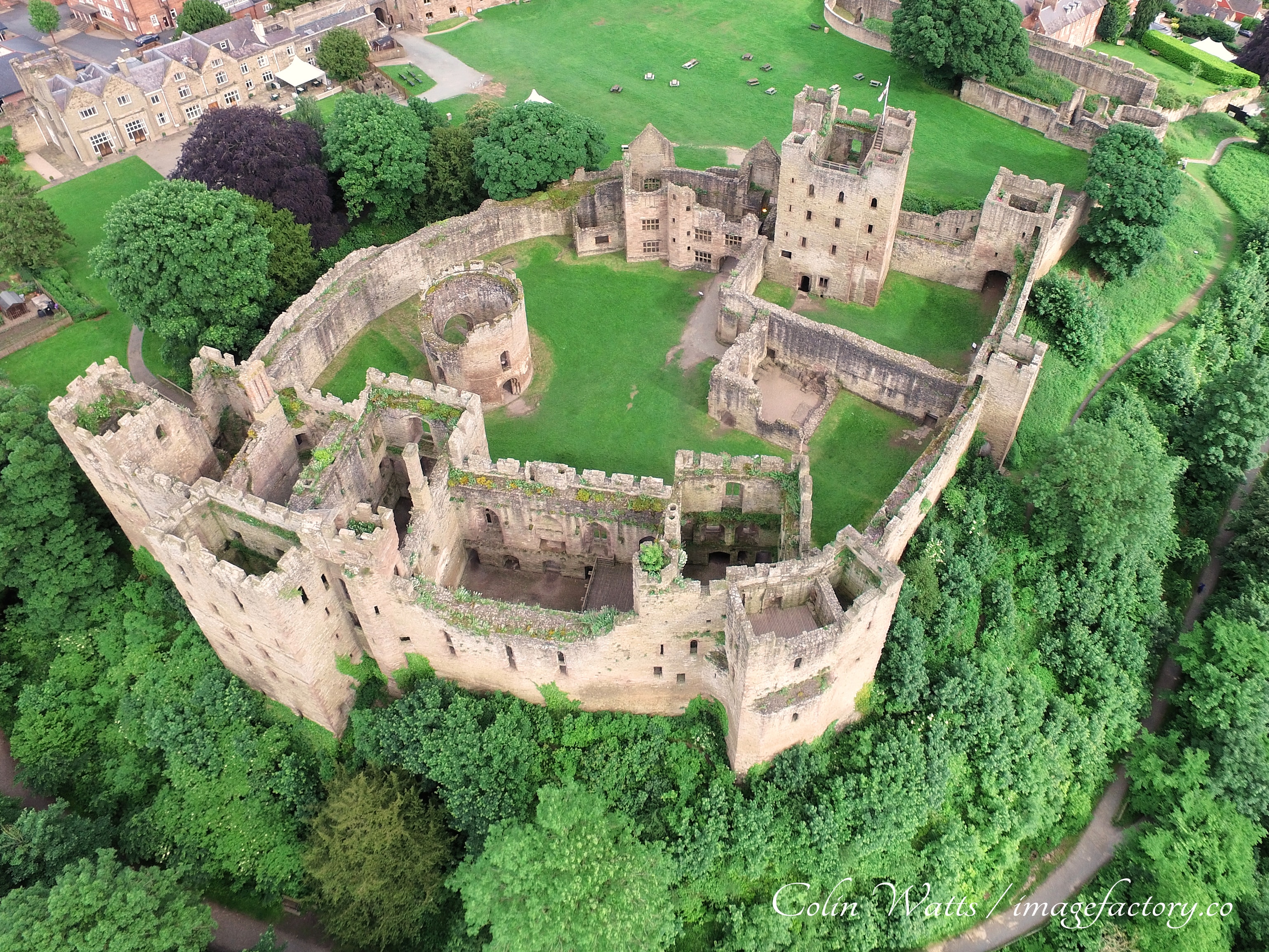 Kimbolton Castle is now a school but can be visited by groups and on public opening days that are mentioned on their website. The rooms where Catherine spent her last years can be visited, but they probably don't look the same because their present appearance dates from the 18th century.

Each year the Katharine of Aragon Festival is hosted by the Peterborough Cathedral to commemorate her. Find more details here.  Catherine of Aragon still lies here today so you can visit her tomb.