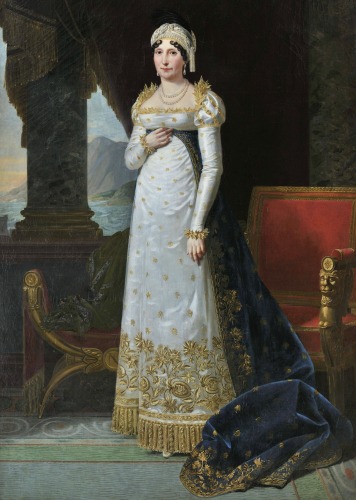 After their marriage they lived in the Maison Bonaparte (Casa Buonaparte), a house on Rue Saint-Charles in Ajaccio the capital of Corsica. The house has been in the possession of the family since 1682.  Napoleon was born there in 1869.

It is a nondescript House; the Bonaparte family was of Italian nobility, but they were not wealthy like other noble families of the city.

Since 1923 it has been operating as a museum where you can learn all about the early life of the French Emperor and all about his family.

The Bonaparte family also owned a summer house where Napoleon spent a lot of time. This house is still to be found in the hamlet of Milelli a few kilometres to the Northwest of Ajaccio.

The House itself is not accessible, but you can explore the former olive groves of the Bonapartes.

In 1793 the Bonaparte family had to flee Corsica because of their pro-France attitude and seek refuge on the French Mainland. Napoleon's father had already died by then and left Letizia in debts with eight children to look after.  She had 13 children in total with Carlo, but five of them died in childhood.

In 1797 she was able to return to the Maison Bonaparte on Corsica. 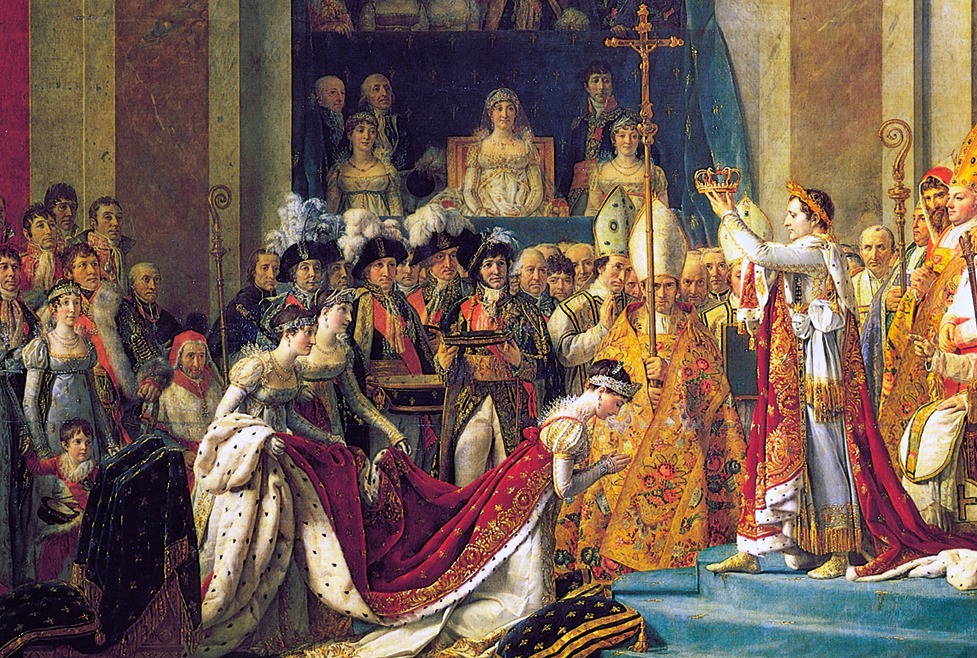 The Coronation of Napoleon, by Jacques-Louis David 1807. Letizia is painted on the balcony in the middle. In reality she did not attend the ceremony.

Letizia was not impressed by her son’s new status and still disagreed with him on many occasions. She tried to influence him whenever she could.

She even boycotted the coronation because she did not agree with her son’s decision on the imperial succession.

Another reason for the boycott was Josephine. She was not very fond of her daughter in law and did not want to witness her receiving the imperial crown.

You can see the original painting 'The Coronation of Napoleon', by Jacques-Louis David 1807 in the Louvre Museum in Paris. Click here for a private tour with Skip-the-Line.

Napoleon simply changed history; he ordered the painter Jacques-Louis David to include his mother in the painting of the ceremony anyway, even though she was not there! He painted her in a very prominent spot, looks like the most important place in the room.

Letizia was a practical woman, always aware of the precarious situation of her son.

She advised her other children to be prepared for the downfall of napoleon, and she herself was wise enough to save a large fortune, always thrifty, living on the costs of others.

During the years of the empire she had a house in Paris;  Hotel de Brienne in the Rue St. Dominique (now the Ministry of Defence houses there). She bought the house from her son Lucien.

A virtual Tour of the Hotel de Breinne is now available, on the website of the Ministry of Armies

You can take a peek in the boudoir of Letizia Bonaparte, as well as in the billiard room and the music room furnished in Empire style. 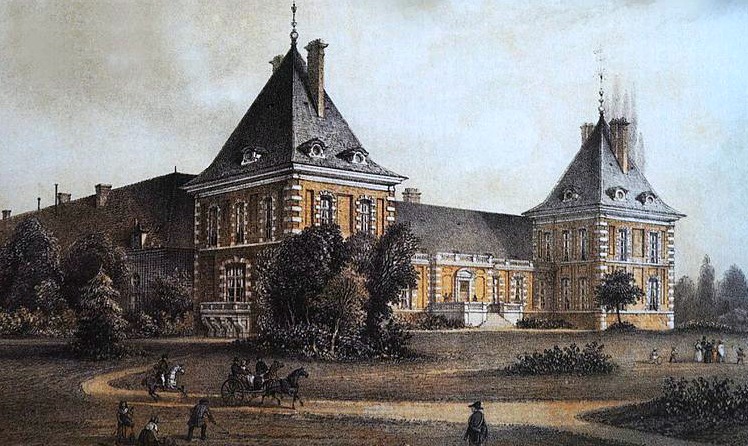 Château de Pont-sur-Seine, home of Letizia Bonaparte from 1805 until 1813.

Napoleon gave Letizia the Château de pont-sur-seine. She stayed there from 1805 until 1813. Unfortunately, the palace is ruined by Prussian troops during the campaign of France in 1814 and partly destroyed by fire.

The (remains of) the chateau is not open for visitors. 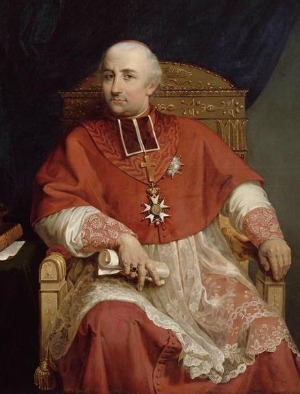 When the downfall finally came in 1814 Letizia sold her French properties just before it was too late.

Letizia joined her son in Exile to Elba. She also went back to France with him during the Hundred days.

After the final defeat and exile of her son to St. Helena, she moved to Rome with her (half) brother Fesch who was a Cardinal. They were granted refugee by Pope Pius VII. 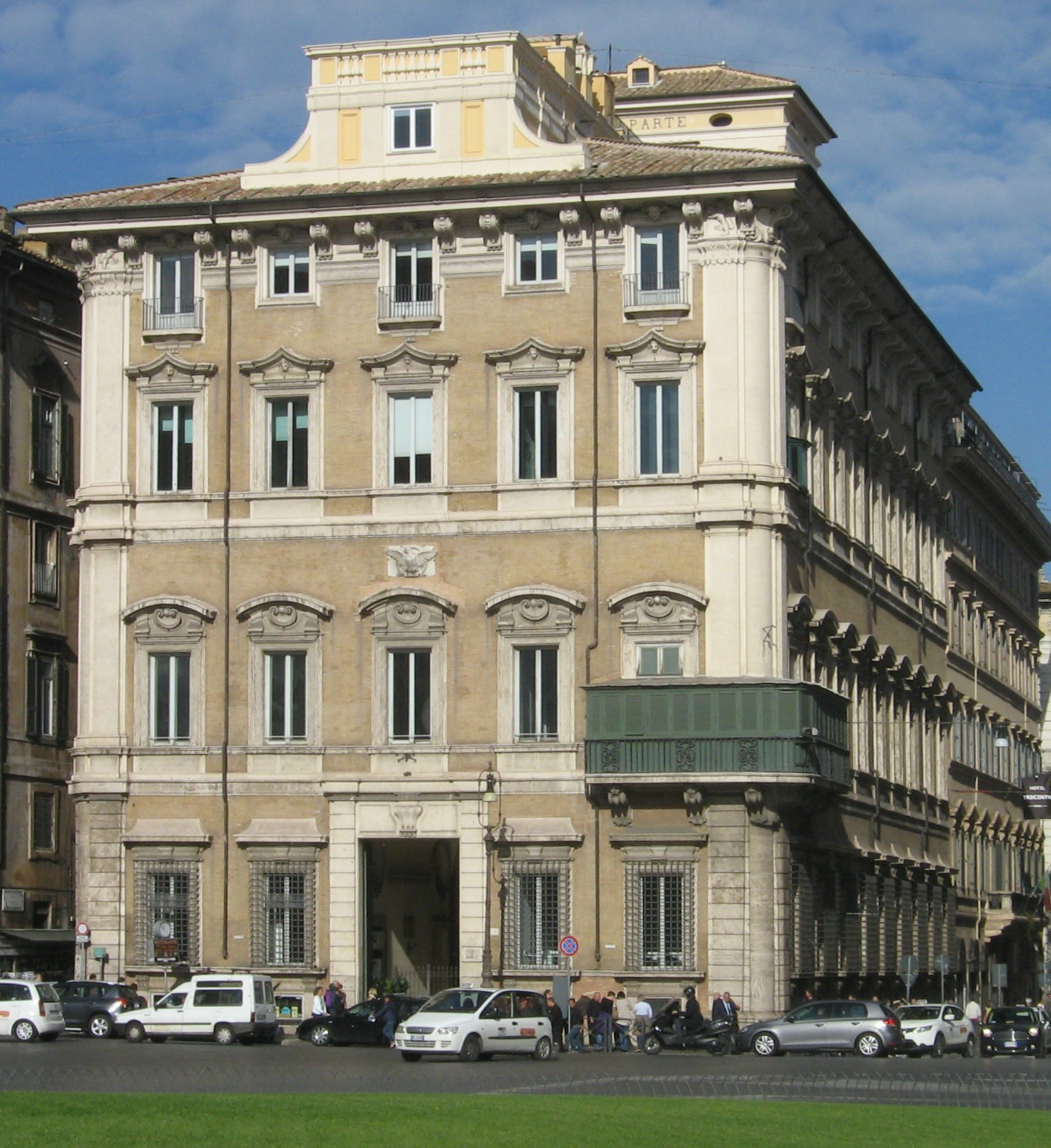 In Rome, they lived in The Palazzo Bonaparte (now Palazzo Misciatelli), located on the corner of Piazza Venezia and Via del Corso, the most famous shopping street in Rome.

Letizia loved to sit on the covered balcony, hidden from curious eyes, looking at the city life on the Piazza Venezia.

When she lost her eyesight she would still sit there, having her lady in waiting describe to her what happened below.

She lived there with her brother until her death at age 85.

The Palace is not open to the public.

Not able to get to Rome anytime soon? You can also take a virtual tour!

The palazzi itself was owned by Giuseppe Primoli who started the museum. He was the grandson of Charles Lucien Bonaparte and Zénaïde Bonaparte, both cousins of Napoleon who married each-other. (Zénaïde was the daughter of Joseph, and Charles was the son of Lucien). Upon his death the Count Primoli donated the museum to the city of Rome.

It is a small (only 10 rooms) but interesting museum, with stunning furnishing, paintings, sculptures and more. And best of all, there is no admission fee!

Letizia Bonaparte died in 1836, age 85. Her body was taken to Corsica, where she was buried at her old hometown Ajaccio.