Chateau de Maintenon  is a lovely castle situated in the community of Maintenon, 65 km from the centre of Paris. The first Castle dates from around 1105 and records from the 13th-century mention that it was the property of the Lords of Maintenon.

Chateau de Maintenon, a gift from the Sun King 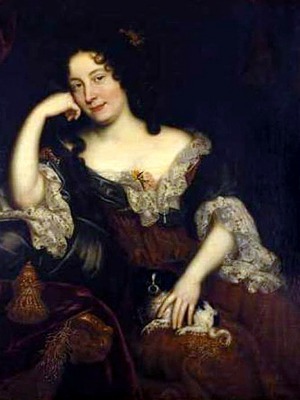 The Chateau is best known for its most famous inhabitant, Madame de Maintenon. She was the mistress of Louis XIV, and secretly, his second wife. Her story did not start like a fairy tale, but she ended as the king's wife!

Born as Françoise d'Aubigné into a poor family and becoming an orphan at age 16, Madame de Maintenon got married at the age of 17 to the much older poet Paul Scarron. He died in 1660, leaving her as a widow with only depths and no kids at the age of 25. 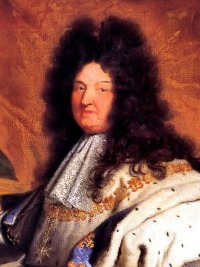 The, at that time illegitimate, children lived in a secret house in Paris. The Sun King would visit his children and that is where he first met Francoise. At first, he did not like Francoise very much, but that would change.  In 1673, the children were legitimised by the king and therefore could be moved to court. Francoise went with them.

She bought the Château de Maintenon in 1674. The large income she received for taking care of the royal children made this possible. Her idea was to move there in retirement when she would grow older, but she never got there.

In 1678 the King gave her the title Marquise, or Madame de Maintenon, after her estate. It was presumably in this period that she became his mistress. 3 Years later, Madame the Montespan eventually left court around 1680, finally giving way to her former friend who became the new mistress of the Sun King. 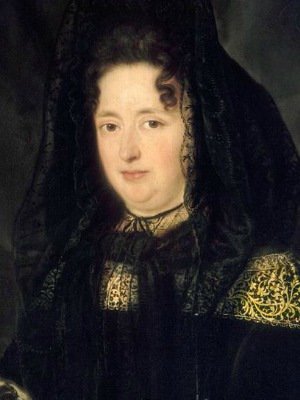 In 1684 the King and Madame de Maintenon were secretly married, but she would never become the official new Queen of France.

The marriage was a so-called morganatic marriage, a practice that was used more often by royalty.

It meant that the Husband’s title and privileges could not be inherited by the wife (and children, if any).  The marriage was not recognized in French law.

After het marriage, Madame the Maintenon was referred to as just 'Madame'.

The marriage was, however, recognized by the Church, which was very important for the Sun King. In his old age he became very religious and afraid of going to hell (he was 46, considered old at that time). He would live for another 32 years though. He staid married, and presumably faithful, to Madame de Maintenon until his dead in 1715. The couple had no children, which was no surprise since Francoise was already 49 when the marriage took place.

After the death of the King, Madame de Maintenon retired at Saint-Cy, the school for poor, but noble girls which she founded. She did not retire at the Chateau de Maintenon  as she intended.

The Château de Maintenon is a lovely Castle. On the left side, you still see the old tower from the 12th century.

Andre Le Notre, the landscape-architect and gardener of Louis XIV, designed and created the beautiful French garden in 1681. The most striking aspect of the garden is the aqueduct at the far end, which was designed by the Marquis de Vauban. This project was built to deliver water to the many fountains at the gardens of Versailles. Water was diverted from the Eure river, 160 km away from Versailles.

In 1689 the war of the League of Augsburg began. This prevented the completion of the works on the aqueduct, as more than 20.000 soldiers were engaged in the construction of this project. 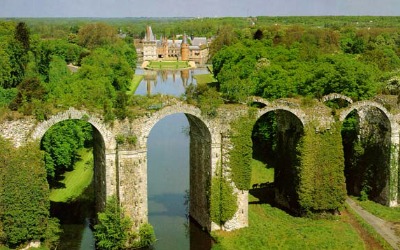 Aqueduct in the garden of Maintenon palace 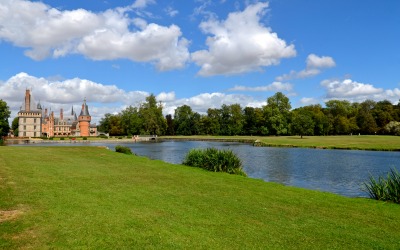 From 2 September to 1 December:

The palace is closed on Tuesdays!