The Kaiservilla, the imperial summer Palace in Bad Ischl

The kaiservilla in Bad Ischl

The story of Elisabeth (Sissi) and her mother-in-law is not a pretty one. But to begin with, Archduchess Sophie did give her son and his fiancee this lovely engagement present. She even had the Villa rebuild and extended in the following years in a neoclassical style. After the renovation, the building was shaped like an "E" (from Elisabeth). 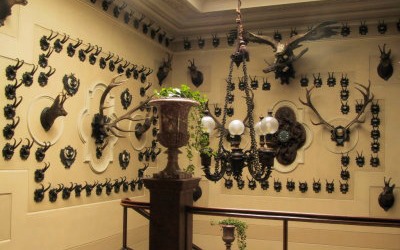 Thousands of antlers and skulls cover the walls of the Kaiservilla

Emperor Franz Josef spent a few weeks in this little Summer Palace nearly every summer. He often celebrated his birthday here, on August 18.

To honour him his birthday is still celebrated by the people of Ischl each year.

Hunting was one of the favourite pastimes of the emperor in the summer. The thousands of antlers and skulls that cover the walls of the Kaiservilla testify of this passion.
In his lifetime, Franz-Joseph shot 48.345 deer! In the villa, you can also admire 2200 paintings with hunting scenes. 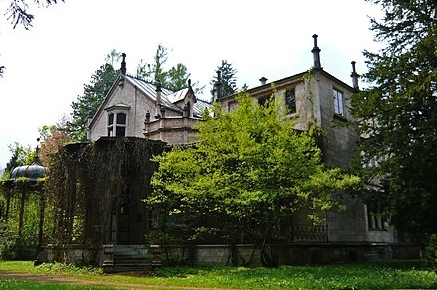 Empress Elisabeth was very found of the Marmorschlössl, a teahouse in the large Englisch park that surrounded the Villa. It was a get-a-way, quite like the Petit Trianon was to Marie Antoinette.

The building houses the photo museum of Ober-Österreich nowadays.

The park, with the Marmorschlössl and outbuildings, was built by the  Royal gardener Franz Rauch. The white marble fountain in front of the building was created in 1884 by Viktor Tilgner. 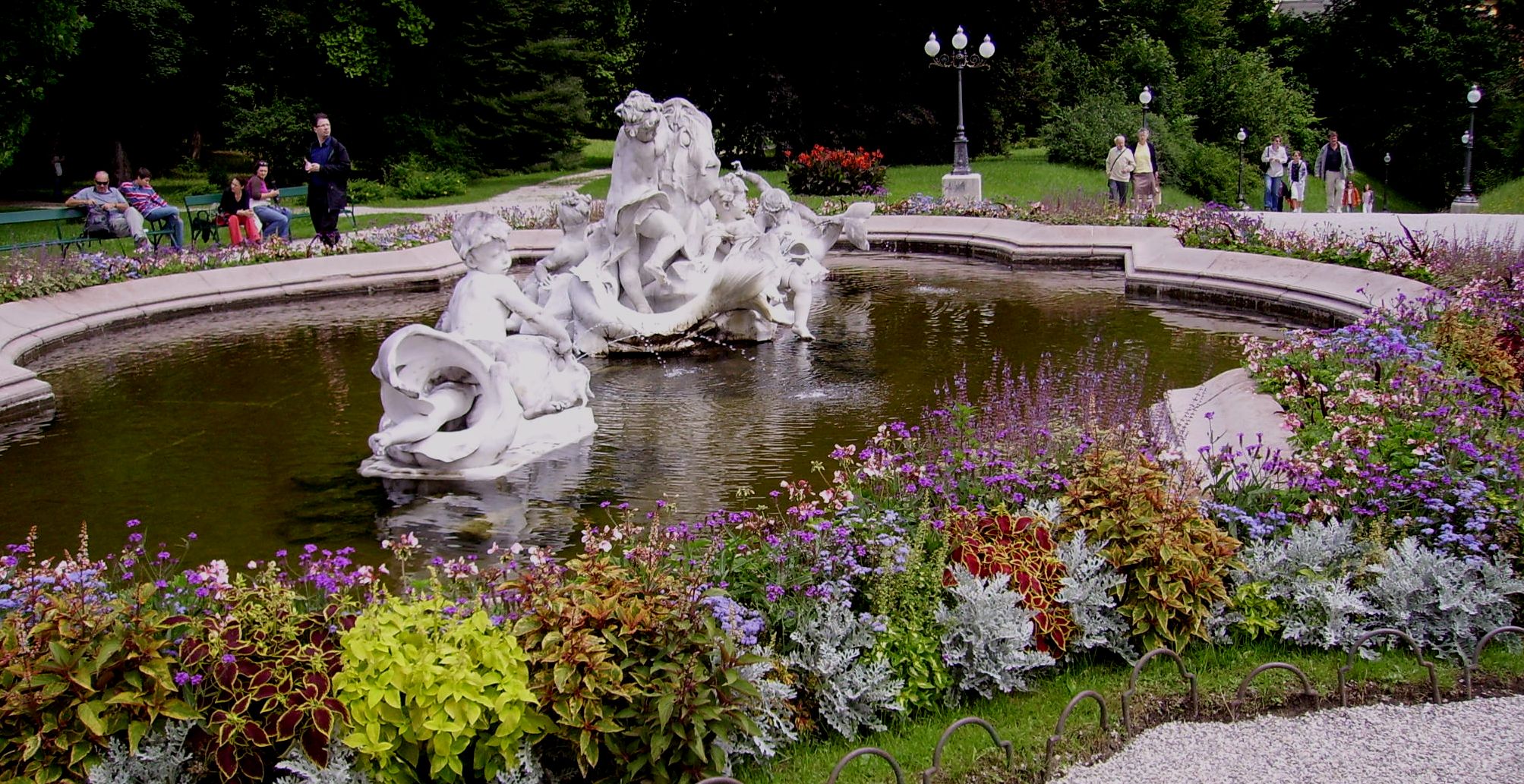 The Kaiservilla is a miniature compared to the grand Habsburg residences like the Hofburg and Schönbrunn palaces in Vienna.
But this was intentional, to create an intimate atmosphere where the imperial family could retreat from the protocol that dictated their lives in the large royal palaces.

Despite its size, the Kaiservilla was also the place where many diplomatic meetings took place. It was in his office at the Kaiservilla where Franz Joseph signed the fatal Declaration of war on Serbia on July 28, 1914. This resulted in the first world war and ultimately, the end of the Habsburg monarchy.

Because the Kaiservilla was private property, the estate remained in possession of the family after the fall of the Austro-Hungarian Monarchy (1918). The son Hubert Salvator of Habsburg-Lorraine inherited the villa.

Today Archduke Markus Salvator von Habsburg-Lothringen, the great grandson of Franz Jospeh, still lives at the Kaiservilla and is the curator of the Villa museum. He invites you to come and see it! 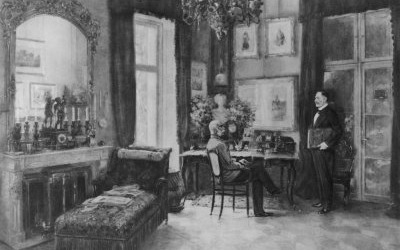 Emperor Franz Joseph at his office at the Kaiservilla. 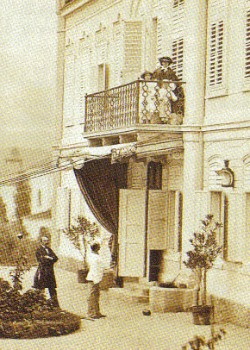 Emperor Franz Josef already allowed the citizens of his empire to view the interior of the Imperial Villa when he was not there. They were even allowed in the private apartments.

The descendants of the emperor who inherited the Kaiservilla have continued this tradition to the present day. The only difference is that the house and park are now accessible during the summer months.  Frans Joseph and Elisabeth used to spend their summer there. Visitors can experience the villa and park as the royal family must have experienced it in the past.

Hotels in Bad Ischl, near the Kaiservilla