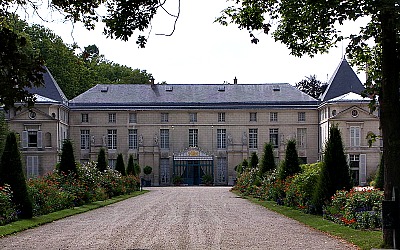 The Chateau de Malmaison is already mentioned in the 14th century and has always belonged to rich families. But the most famous residents are undoubtedly Napoleon and Josephine.

Josephine was a widow of 32 years when she met Napoleon Bonaparte, a Corsican General, 6 years younger than she was. He fell like a rock for her and they got married in March 1796.

When Napoleon was away on Campaign to Egypt in 1799, his wife Josephine bought this small castle with surrounding estate, just outside of Paris: Château de Malmaison.

It is a small but impressive little chateau, surrounded by beautiful gardens.  Josephine had her famous rose-garden planted and a Temple of Love built. She loved to spend time in the garden.  Napoleon was not amused when he came home from campaigning and found out his wife had spent so much money on this house. He grew to love it though, and the Chateau the Malmaison became the favourite retreat of Napoleon and Josephine.

After their divorce in 1810, Napoleon gave the chateau to Josephine. She lived there until her death.

In fact, when he was on the run for the allied forces, one of the last places he visited was Malmaison. Even though he divorced Josephine years earlier, he wanted to see her one last time.

On the first floor, you can still see the room where Josephine died on 29 May 1814.  Other rooms to visit are Napoleon's chambers, the billiard room and music room. The library features mahogany furniture from the 18th century, while in the dining room Josephine's porcelain service can be admired. 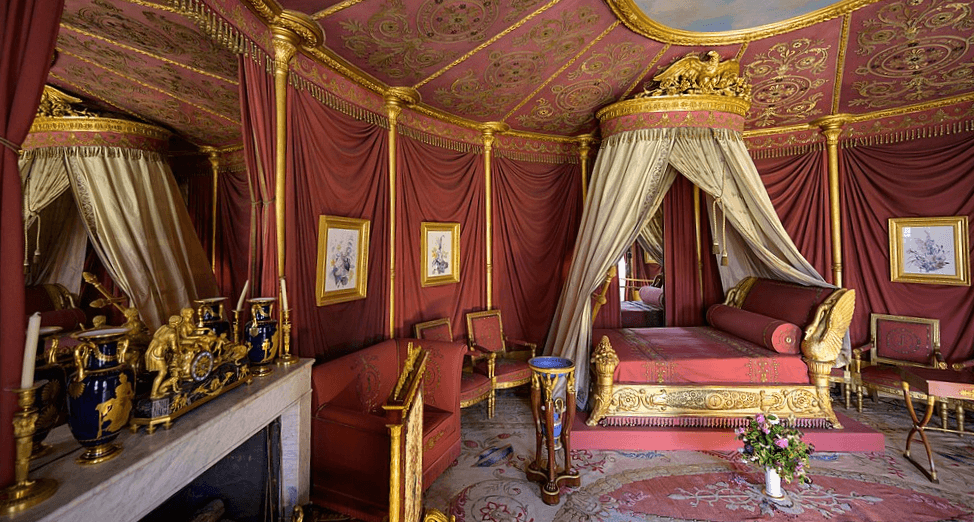 Tent-like bedroom of Josephine at the Château de Malmaison

Free admission for all on the 1st Sunday of the month

Malmaison Museum is open every day except Tuesday.
Closed on 25 December and 1 January.

Château de Malmaison is located in the city of Rueil-Malmaison about 12 km from Paris.

Public transport:
RER: Line A to station "Grande Arche de la Défense" and then take bus n°258; get of at the "Le Château" stop. 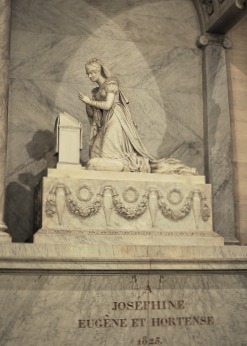