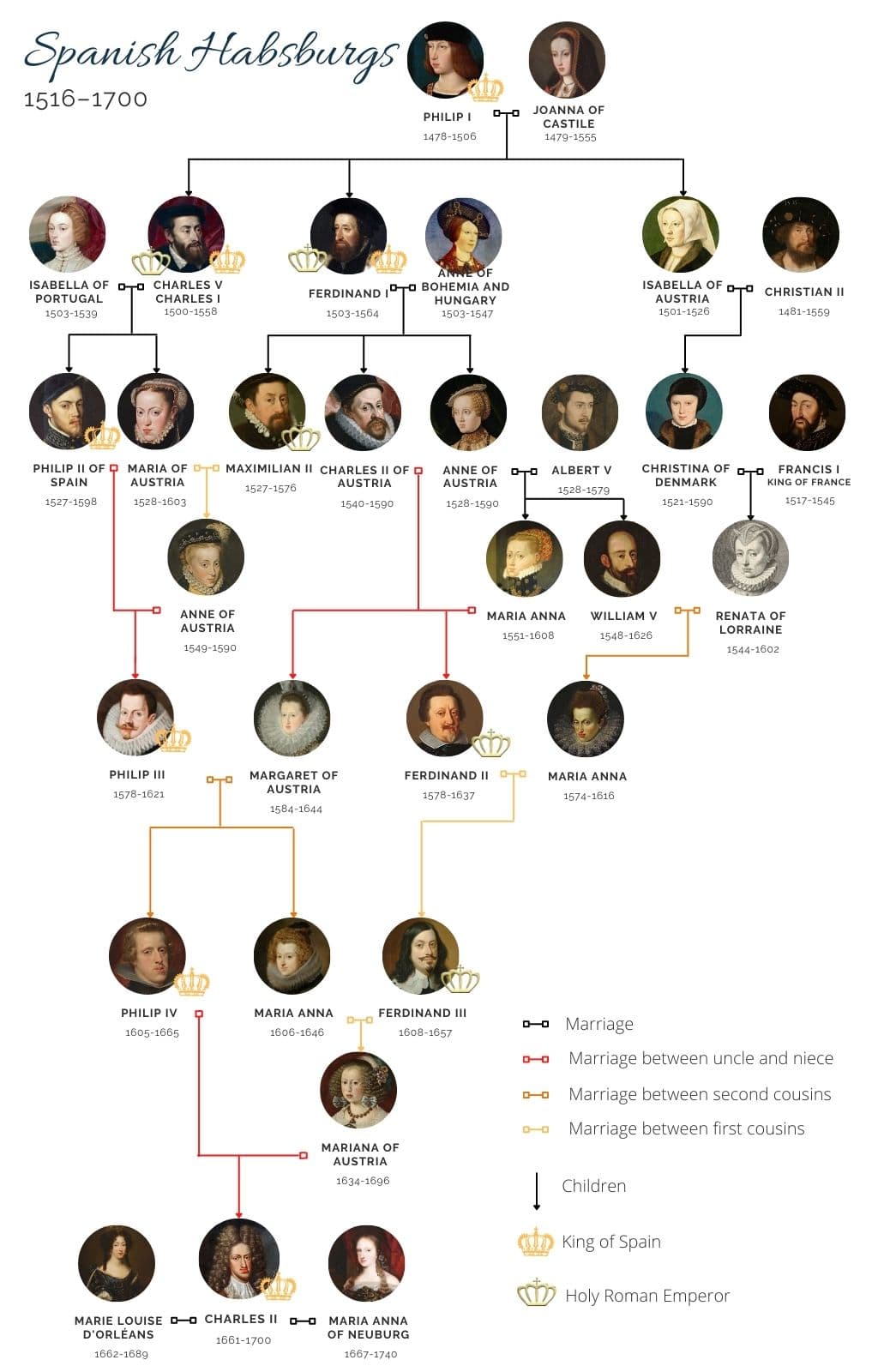 Looking at the Spanish Habsburg family tree, some oddities catch the attention.  At first, there is the weird look of most of the guys in this picture. Their faces get longer as you go down, their jaw becomes bigger. Some try to hide it with a strategic beard, but it is obvious.  This infamous “Habsburg jaw,” is most likely caused by the other oddity in this family tree.

Usually, branches of such trees spread out and grow in gradual lines. In the Spanish Habsburg family tree, the branches are tangled up, skipping generations. The tree is getting smaller, instead of growing wider. In the end, the tree dies out with Charles II who had no children. Inbred does not only lead to facial deformity, it also causes infertility.

Why did the Habsburgs inbred?

Finding the perfect spouse for someone from the Habsburg family was a difficult task. And this was not not only because of their looks! To consolidate and extend their power, each Habsburg marriage was a political one. Keeping the power close was the main reason for them to marry close relatives.

They had to marry someone within their own ranks, and sometimes the only available bachelor(ette) was a niece or uncle. In the end, nine out of 11 marriages during Habsburg's Spanish rule were more or less incestuous.

As a mitigating factor, the people of the 16th and 17th centuries were not aware of the threat of inbreeding. As long as the pope gave his blessing to the union, they could not see any obstacles to it. Still, I find it hard to comprehend that it was not weird to marry your daughter off to your brother.

On this page, you can read how the inbreeding brought down the Spanish Habsburg dynasty. Charles II of Spain, the last king of his family, had many health issues. He did not produce an heir and this led to the war of the Spanish Succession,  which lasted for 14 years.